Out of 8 original candidates in Bulgaria (Burgas, Gabrovo, Plovdiv, Ruse, Shumen, Sofia, Varna and Veliko Tarnovo), four finalists were selected to submit detailed proposals and to begin implementing strategies and programs towards becoming Capital of Culture. Any one of these cities is well worth a visit.

Continuously inhabited for close to 6000 years, Plovdiv is the third-oldest city in Europe (following Athens and Argos). Throughout its long history it has had multiple stints as an important crossroads city. Notably, as Trimontium to the Romans, Plovdiv was the most important Roman city in the province of Thrace, as it lay on the Via Diagonalis arterial road for the empire. Cobbled Roman streets, theatres, villas, and an entire stadium can be seen there, layered with Ottoman-era and Revival-era homes. The oldest mosque in Europe outside of Moorish Spain, Djumaya mosque, lies at the centre of the city.

END_OF_DOCUMENT_TOKEN_TO_BE_REPLACED

This is the catch-all post for anyone interested in visiting Veliko Tarnovo. Here I will link to all the individual articles of interest, as well as provide basic practical information about your visit.

In the foothills of the Balkan mountains, around the twists and turns of the Yantra river rise three hills: Tzarevetz, Sveta Gora and Trapezitza. Perched atop these hills and reflected in the river are the houses and castle walls of Veliko Tarnovo – the capital of the Second Bulgarian Empire and once the beating cultural heart of South-Eastern Europe.

END_OF_DOCUMENT_TOKEN_TO_BE_REPLACED

Bozhentsi: The End of The Road 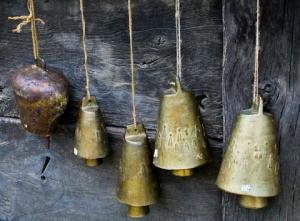 The tiny, barely marked turnoff takes us off the main road to Shipka pass and the drive winds past a few tiny villages, narrowing as it goes, twisting and turning to take us to the village of Bozhentsi. It’s where the road ends. To us, it marks the final point of our short pleasure drive and a chance to stretch our legs in search for dinner on a scorching Saturday afternoon. To the few survivors who fled Veliko Tarnovo after the Ottoman conquest, it meant the beginning of a new life in the safety of the nearby hills. END_OF_DOCUMENT_TOKEN_TO_BE_REPLACED

Veliko Tarnovo’s pedestrian shopping street, where authentic Revival-era artisans jostle with tourist trap souvenir shops, is called Самоводската чаршия (“Samovodskata charshia”). The word чаршия, borrowed from Turkish, means “shopping square/street” (if you’ve ever been to Istanbul, you may have heard of its enormous indoor market Kapalı çarşı), and Samovodska comes from the fact that this road used to lead, and be largely populated by produce sellers from, the nearby village of Samovodene.

As you walk up and down this lovely, narrow, timeless avenue, try to spot the authentic Revival-era masters who have made it their home. Nowhere is this quest more pleasant or delicious than inside the shop of Neli Boncheva. END_OF_DOCUMENT_TOKEN_TO_BE_REPLACED

The five-star Arbanassi Palace hotel is perched on the crags above Veliko Tarnovo with phenomenal views of the city and the surrounding hills. What makes it unique among luxury hotels in the country is that it was designed and built as a residence for the People’s Republic of Bulgaria long-ruling head of state, Todor Zhivkov. END_OF_DOCUMENT_TOKEN_TO_BE_REPLACED

On Veliko Tarnovo‘s main pedestrian shopping street, among the artisans and souvenir shops, stand two buildings which are not too different, really. They’re both heritage buildings, over 100 years old, both owned by private entities, and they exhibit the perfect duality of the conditions of private enterprise in Bulgaria. Yin and yang, order and chaos, careful preservation and haphazard decay. END_OF_DOCUMENT_TOKEN_TO_BE_REPLACED

There are many places in Bulgaria where you might be offered to ride a horse, often for lots of money, near the seaside, by somewhat unsavoury-looking characters. Those horses are also likely not very well treated, and spend most of their days being dragged around in the heat along the beaches of the Black Sea.

However, there is at least one stable in the country that offers horseback riding as an experience, at reasonable rates, and couples it with a thorough introduction to the stable’s 50-some horses and a tour of their living environment.

END_OF_DOCUMENT_TOKEN_TO_BE_REPLACED

Hello, my throngs of loyal followers!

The time has come: I leave Toronto tomorrow, via Munich, Venice, Verona, Florence and Rome, for Bulgaria.

I will spend close to four weeks there, writing helpful guides and impressions on location from Sofia, Plovdiv, Veliko Tarnovo and Ruse. I will also be undertaking a 7-day hike through the Eastern Rhodopes, which will be detailed like my routes through the Balkans and Rila.

If you have requests, about anything at all (language, customs, shopping etiquette, travel guides), now is the time to send them to me as I will be able to research them at the source.

So, please comment on this post with your requests, and I will do my utmost to fulfill them.

The Legacy of Nikola Fichev

Nikola Fichev (also known as Kolyu Ficheto) is Bulgaria’s best-known Revival-era master-builder and architect. An orphan, he became a builder’s apprentice at age 10, and eventually taught himself the fundamentals of construction, architecture, drafting and arithmetic required to become one of the most prolific masters of the 19th century. He was also fluent in Turkish, Greek, Serbian and Romanian.

In his lifetime (1800-1881), he built four bridges, over a dozen churches, a town hall, monasteries, houses and inns, all between Veliko Tarnovo and the Danube port of Svishtov. He used innovative building methods and embedded revolving pillars into several of his churches. The pillars would be able to freely rotate around their centres as long as the integrity of the building’s foundations was not compromised. Despite being built almost 150 years ago, many still revolve to this day. Here are just a few of his masterpieces that can still be seen in Bulgaria.

END_OF_DOCUMENT_TOKEN_TO_BE_REPLACED

In the foothills of the Balkan mountains, around the twists and turns of the Yantra river rise three hills: Tzarevetz, Sveta Gora and Trapezitza. Perched atop these hills and reflected in the river are the houses and castle walls of Veliko Tarnovo – the capital of the Second Bulgarian Empire and once the beating cultural heart of South-Eastern Europe.

END_OF_DOCUMENT_TOKEN_TO_BE_REPLACED

You are currently browsing entries tagged with veliko tarnovo at Blazing Bulgaria.