The Uprising of Peter Delyan and Harald Hardrada’s Varangian Guard 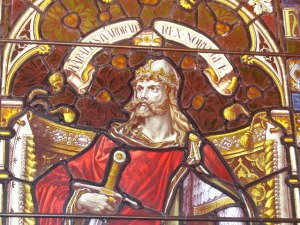 In the category “strangest pairings of national heroes”, it turns out that Harald Sigurdsson, king of Norway, later given the nickname Hardrada (“the hard ruler”) and one of the greatest heroes of Norse lore, was intimately involved in a bloody chapter of Bulgaria’s medieval history – the uprising of Peter Delyan. 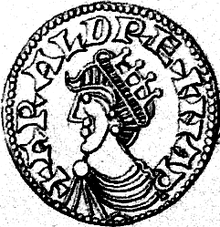 Harald was half-brother to King Olaf II of Norway, born in 1015. He was wounded in the Battle of Stiklestad in 1030 and exiled from Norway as a result. After a stint in Kievan Rus as a mercenary, he led a small band of Norse warriors into the service of the Byzantine emperor, in his elite personal troop known as the Varingian Guard.

The Varangian (Viking) Guard, established at the time of Basil II the Bulgar-Slayer, was tasked with protecting the emperor as much from foreign threats as from other contenders for the throne, who could easily sway the loyalties of Byzantine-born guardsmen. With an initial number of 6000, the Varangian Guard became not only an elite bodyguard corps, but also a crucial instrument in battle, often turning the tide with the ferocity of its warriors. The Varangian Guard even rescued its emperor at the end of his disastrous defeat by Samuil’s Bulgarians at the 986 battle of the Gates of Trajan.

Incidentally, Basil II acquired the title Bulgar-Slayer by blinding 20 000 defeated Bulgarian soldiers in his subsequent campaign against Samuil of Bulgaria and subjugating the Bulgarian state in 1018. After his victory, however, he demonstrated great political prowess and foresight: he brought the elites of Bulgarian aristocracy into the Byzantine court, kept a Bulgarian at the head of the Bulgarian church (which was reduced from a patriarchate to an archdiocese) and permitted Bulgarian peasants to submit their taxes to him in kind, rather than in coin.

However, his successors were not quite as wise, and the tried-and-true strategy for turning the Bulgarians into loyal Byzantine subjects was derailed. Emperors began to demand taxes in coin, plunging Bulgaria into poverty and discontent, which led to the uprising of Peter Delyan in 1040. 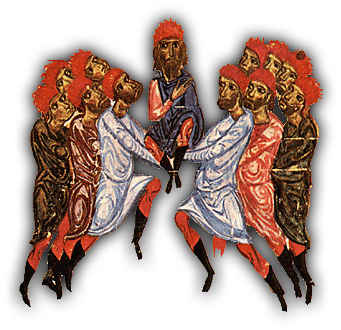 Peter Delyan, a self-proclaimed descendant of Samuil, escaped from captivity in Constantinople and reached Belgrade, where he was proclaimed Emperor of Bulgaria. Another rebellion, led by Tihomir, was gaining ground in Albania at the same time, and the two leaders met to discuss their rights. Peter Delyan gave a convincing speech that only one of them should rule, and the crowd chose him, killing his rival Tihomir. Raising the population of Ohrid, Skopie and Dyrrachium, Peter’s army was gaining strength and was decisively pushing South into Thessaly and even Peloponnesus.

Bulgarian holdings at the height of the rebellion’s power

Word of his success reached the son of the last Bulgarian emperor, Alusian, who had fled to Armenia. Disguised as a mercenary, he reached Peter Delyan’s camp and began soliciting followers on the strength of his lineage. Eventually he revealed himself to Peter, forcing him into another conflict for supremacy. Peter was gracious and gave Alusian an army with which to conquer Thessaloniki, but Alusian proved to be a weak strategist, attacking the city with a tired army and fleeing the ensuing defeat.

Having cost the rebellion 15 000 casualties, Alusian was aware that his days at Peter Delyan’s side were numbered, so he decided to act first. He invited Peter Delyan to a feast, got him catastrophically drunk, and had his followers gouge out his eyes with a knife. Alusian became sole leader of the uprising, and Peter was exiled.

Alusian’s incompetence limited the gains the uprising would make in early 1041, and eventually he completely betrayed the cause, reaching a secret agreement with Byzantine emperor Michael IV and defecting at the beginning of what was to be the decisive battle of the campaign.

Blind, but still ferocious, Peter Delyan resumed command of the Bulgarians and led them into the final battle against Michael’s forces, which included 500 Varangians under the leadership of 26-year old prince Harald. Norse sagas call Harald “the devastator of Bulgaria”, detailing his victory over the fierce Bulgarian army, led into battle by their blind, wild-bearded king, riding a warhorse and wielding an enormous sword. The fate of Peter Delyan is not known, but he likely perished in this final stand against the Byzantines.

Harald, in turn, quarrelled with the Byzantine emperor and fled Constantinople with his men soon after. He returned to Norway in 1045, agreeing to co-rule with his nephew Magnus the Good, who died only a year later under unexplained circumstances, leaving Harald as the sole ruler of Norway. He died in the Battle of Stamford Bridge, after an unsuccessful attempt to conquer Britain, in 1066.

You are currently reading The Uprising of Peter Delyan and Harald Hardrada’s Varangian Guard at Blazing Bulgaria.